Today changes might come faster than we can process. In fact, if there’s something the last couple of months have shown us that some moments in history when change is just like organic, it modifies how we understand the world around us.

The Energy Sector has been particularly challenged during these extraordinary times. The Covid-19 pandemic has triggered a more aggressive and faster approach toward more sustainable practices.

The recent engagement to achieve net-zero carbon dioxide emissions by 2050, a prerequisite to meet the PARIS climate accord goals, has increased pressure over energy groups and financial institutions to halt oil and gas exploration initiatives around the globe.

That’s not all; a recent report released by IEA (International Energy Agency) is explaining that only cut fossil fuel consumption is not nearly enough. The focus should also be aligned with more initiatives of spending on low carbon technologies.

Although it is clear to everyone that IEC, which most western countries and oil interests have supported, the report came as a surprise on IEC’s historical position

The report suggests that the global economy will be subject to a net-zero emissions target not far from now on — somehow eliminating all carbon dioxide emissions and replacing the current model with a more reliable and sustainable program.

We need all of us to notice that today more and more Big Oil Companies (aka. Supermajors) are under a lot of pressure to promote change.

However, like most oil and production countries, such as OPEC and their friends, it is also true to have supported their argument that new fossil fuel projects are necessary to meet the expected level of demand from Asia and Africa, for instance.

All of this discussion is happening as we speak. In such a dynamic scenario, it is easy to reach fast conclusions.

That’s far from the point. Still, the share of fossil fuel-related energy supply should need to fall around 4/5 by 2050 in order to comply with some of the Paris Accord Goals.

There’s no surprise at all that under this amount of pressure for stakeholders and society in general.

We start to see some significant movements on such a kind of rebranding.

Big Oil companies realized they need to be part of the change for the inside-out.

They are already facing some restrictions coming from the financial institutions to raise some funding for new developments.

This trend should remain steady and more intense years to come.

In that matter, a good example is Total made a considerable splash recently.

The French Major moved to a new transformation phase to a more broad energy company becoming the TotalEnergies.

“Energy is life. We all need it and it’s a source of progress. So today, to contribute to the sustainable development of the planet facing the climate challenge, we are moving forward, together, towards new energies. Energy is reinventing itself, and this energy journey is ours. Our ambition is to be a world-class player in the energy transition. That is why Total is transforming and becoming TotalEnergies”.

To my point, we should see more and more movements such as this one.

No to be used Rebranding as a fronting to send a fake message.

But instead to push others for a new approach on how to business are conducted, financed, and executed.

Companies as individuals should be more often charged to be more responsible.

Shareholders got the idea from the example for Total. Still, much is yet to be done and accounted for from all the energy sector.

This is just the beginning, change is in front of us, and sustainability becomes much more than just a punch line for good intentions.

No, no more… this is real, this is survival we are talking about.

And it is here. 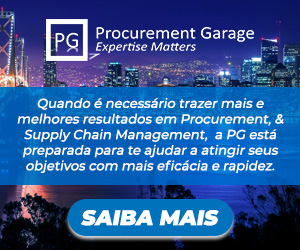 As competências essenciais do comprador estratégico – Gestão do...